About the City of Marion

Marion's long history of industry extends back more than 100 years. Here is just a glimpse into the history and present day of our city.

On August 19, 1839, after being appointed by the legislature, Calvin Bridges of Union County, Thornberry C. Anderson of Gallatin County and Jefferson Allen of Jackson County were sworn in by the Justice of the Peace, William Norris as Commissioners.  On August 20, 1839, the three commissioners were tasked to locate a suitable site near the center of the county to be the new county seat.

William and Bethany Benson gave the county a deed of gift that same day to twenty acres selected for the new town site. Their deed was the first to be entered into County Clerk, John Bainbridge’s new book.  It has been believed that the county was named after William Benson.  The name Williamson was formed by dropping the first syllable of his last name.

No record was made of the reasoning for the naming of Marion, but it is believed to have originated from Francis Marion, the Swamp Fox and a Revolutionary War hero.

The first business to open in the new town was John “Bone” Davis’ Saloon.  Commissioner Hill moved his grocery to the town and then several others opened.  Saloons were opened by James McFarland, D.L. Pulley and J.D. Pulley. Joshua Mulkey built the first store and then Robert Hopper built the next.  John G. Sparks had a hat shop at the northeast corner of the square and there were also several Blacksmiths.  Allen Bainbridge built the first hotel in 1842. It was a two story brick building that extended fifty feet along the north side of the square and was known as the Western Exchange. Mr. Bainbridge also manufactured tobacco in a warehouse at the northwest corner of the square.  The first steam mill was built by Milton Mulkey, in Marion, in 1845.

A charter was secured for the county seat in 1856, with amendments and extension of rights in 1865.  The possibility of industrial growth grew when the last rail was laid on the Carbondale and Shawneetown track into Marion on January 15, 1872.  Although this road was never extended east of Marion, it became part of the Illinois Central System and furnished Marion its first outlet.  Two years after the railroad came, Marion was granted its charter as a city, the first in the county. The Mayor of 1874 was Joseph W. Hartwell; the first Aldermen were M.W. Robertson; Hartwell Hendrickson; Robert M. Allen; John M. Young; Charles M. Edwards, the Miller; and Augustus N. Lodge, the County Superintendent of Schools.

With a metropolitan area population of over 17,000 people, Marion is one of the largest, fastest growing cities in Southern Illinois.   The city is home to many attractions such as the Marion Cultural and Civic Center, the newly developed Marion Mural District with 11 murals and counting and the Oasis, formerly known as the Illinois Centre Mall, is a mixed-use retail and entertainment development that will have something for everyone! 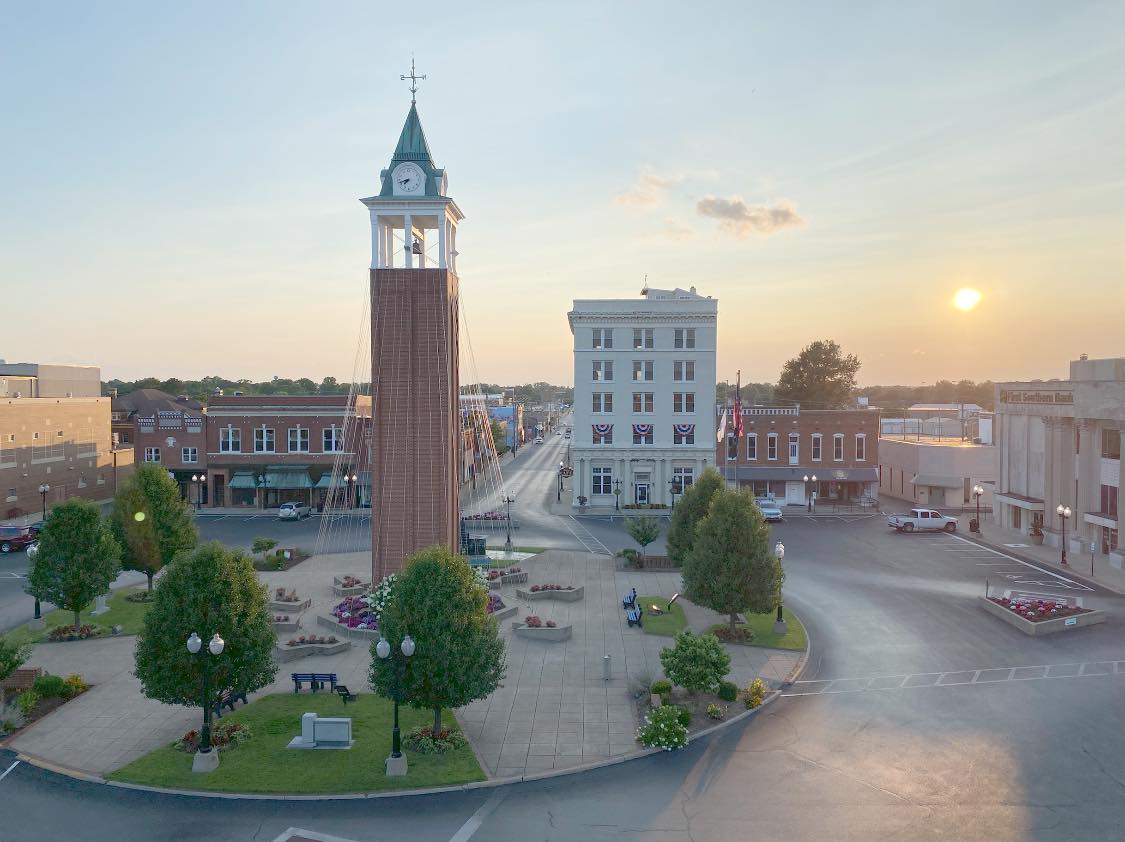 Located at the crossroads of Illinois Route 13 and Interstate 57, Marion, Illinois is the center of shopping, entertainment and industry in Southern Illinois.  Marion is also the gateway to major cities like Chicago, Nashville, and St. Louis with access to Interstate 24 to its south.

With several major employers located in and around the city, such as Aisin Manufacturing, Pepsi MidAmerica, VA Medical Center, General Dynamics, U.S. Penitentiary, Blue Cross/Blue Shield of Illinois and Heartland Regional Medical Center, it is clear that medical excellence, industrial strength, and business innovation have been the key components of the local economy for many years.

In addition, Marion’s small businesses and entrepreneurs help solidify our position as a great place to live, work, and raise a family.  You can learn more straight from our business owner’s with a new city-sponsored podcast: Small Town Big Business.